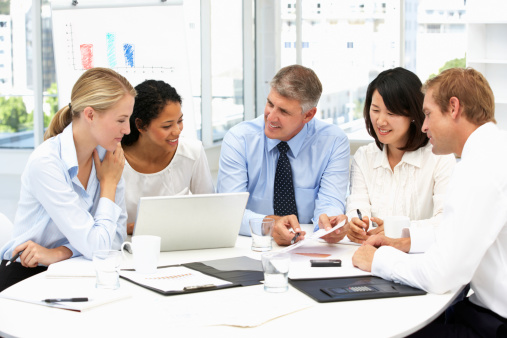 Despite the fact that job training programs are important for developing a skilled, employable workforce, these programs have faced drastic cuts since 2010. This has caused states to learn quickly that they cannot primarily rely on federal funds to prepare workers for current and future labor markets.  In response to this workforce development defunding, as well as an interest in addressing skills gaps in local economies, state legislatures supported a range of strategies in 2014, which offer a glimpse of how states might provide this social service for future generations.

S2C-CO’s major accomplishment during the 2014 legislative session was the passage of Colorado’s House Bill 1085, which allots $960,000 in adult education and literacy funding focused on postsecondary partnerships and employment.  S2C-CO was able to enact the bill partly because it garnered bipartisan support for career pathways funding in the legislature, framing HB 1085 as a victory for business leaders seeking workers with vocational training.  This effort, in addition to convincing private sector stakeholders to contact moderate members of the legislature serving on Colorado’s fiscal committee, ultimately paved the way for the bill’s passage.

IIWF identified a variety of stakeholders to build support for Indiana’s Senate Bill 330—legislation that provides, among other services, education and workforce data alignment of part-time student demographic information. Bradley explained that the coalition involved itself directly in the legislature’s political process: “Our message about the need for middle-skills workforce development was getting to the right places when the administration and agency’s priority bills were being decided.”  SB 330 drew bi-partisan support because it was relevant to the state’s overall economic need; a legislator from each caucus gained membership on IIWF, in addition to two members named to the governor’s Center for Education and Career Innovation staff.  Bradley noted that these connections to state government were immensely helpful.

IIWF’s involvement ensured that SB 330 included two policies.  First, the bill requires the Indiana Commission for Higher Education to provide part-time student additional grant funding.  These awards total at least 50% of the available annual appropriation to students whom the Commission identifies as financially independent and attending school as a means to a skilled job.  Second, SB 330 sponsors a demographic study of part-time students and the overall impact of state support.  This component of the bill aligns data the state collects on students as they move from academic institutions into the workforce, an objective that Bradley claimed IIWF and its partners in the legislature consider mutually beneficial:  “Thanks to the ongoing collaboration we had with the Commission on Higher Education, and through their participation in our Skills2Compete coalition, in 2014 we were offered the opportunity to include a study of the needs of part-time students to Senate Bill 330.”  IIWF is optimistic that the recommendations of the study will justify additional state financial aid and increase services for part-time students.

Parkmond and her staff at The WorkPlace secured $3.6 million in Connecticut funding through CT Public Act No. 14-98 for a state-wide Platform to Employment (P2E) program that facilitates job-driven training investment and long-term unemployment support.  She explained that P2E works to “provide the long-term unemployed a springboard to re-enter the workforce,” affording them workshops on best practices in middle-skills workplaces, mental health services, and subsidized employment opportunities. The efficacy of the The WorkPlace was due in large part to P2E succeeding at a smaller scale initially, thereby demonstrating its potential to serve the unemployed state-wide.  Upon completing the pilot program, over 80% of participants retained their positions.  When implemented at the state level this coming year, the program will partner with the CT Department of Labor, workforce boards, and Connecticut Vocational Rehabilitation, and will serve over 500 individuals who have exhausted their unemployment benefits.

Not all coalition efforts focused on workforce development in 2014 were successful.  Pritchard explained that CWCT failed to secure passage of Connecticut HB 5274, an act that sought to protect unemployed individuals from discriminatory hiring practices, because policymakers noted a budgetary miscalculation when the bill reached the Senate.  However, all organizations presenting at Thursday’s webinar looked forward to building on the work they had completed, whether by expanding new ways to garner career pathways funding, aligning education and workforce data, or providing job-driven training and long-term support for the unemployed.  Given the growing role of states in funding workforce development, each organization hopes to see continued movement on these four key policy issues during the upcoming legislative sessions.

Andrew Keefe is an intern at the American Youth Policy Forum.