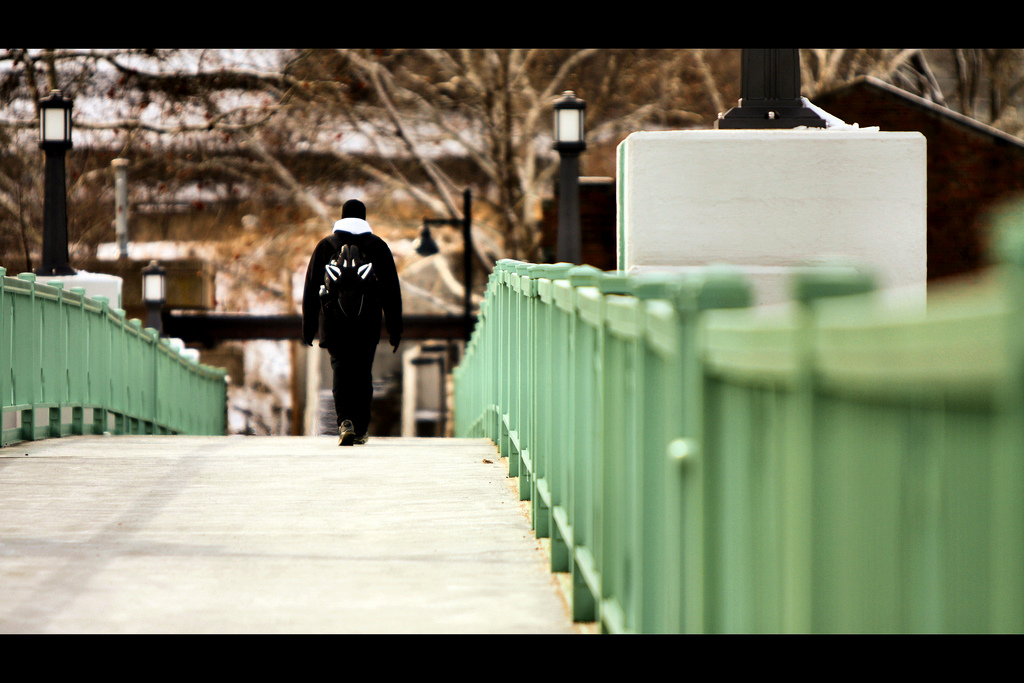 The past decade has witnessed impressive growth in and commitment to helping more students graduate, fueled in part by a growing body of research on barriers to achievement of a diploma or credential. The 2014 Building a GradNation Summit was energized by the news that our national on-time graduation rate had reached 80% for the first time, growing ever closer to the GradNation campaign’s goal of a 90% on-time graduation rate by 2020. As we strive toward this national goal, we recognized that missing from the current research is a vibrant portrait of young people’s experiences gathered and reported in a way that deepens the national conversation about why graduation is elusive, despite these historic advances in graduation rates.

With support from Target, the team at the Center for Promise at Tufts University, the research center for America’s Promise Alliance, set out to discover what young people say about the experiences that lead them away from high school. Using a mixed methods approach, we listened deeply, and learned about their experiences. The stories we heard are reflected in our report, Don’t Call Them Dropouts, and in this powerful video.

To complete this study, we conducted 30 group interviews in 16 cities with 212 18- to 25-year olds, using an interactive methodology designed by the Center for Teen Empowerment to build trust and elicit stories from the young people.

The Center for Promise research team traveled across the country to investigate these initial research questions:

The subsequent online survey – whose development was informed by the interviews with young people – included data from 1,942 young people (18- to 25-years old) who had left school, as well as a sample of 1,023 people who had graduated without interruption.

Through systematic analysis of these interviews and survey responses, four themes emerged:

Explaining why young people leave high school is both simple and complex. Young people’s words often illustrate the interplay among factors like absent parents, the impact of violence close to home, negative peer influences, and a sense of responsibility for others. Sara’s story is one example.

“Pain, hurt, being abused, being raped … just a lot of things like seeing my homeboy stabbed to death, multiple deaths, having a cousin that was murdered when I was five, just a lot of things. I started hanging around with the wrong people, gang members getting into crap like…just a lot of stuff. And I don’t want my kids to grow up thinking that it is okay to be doing all that.” – Sara

Deep analysis of comments in the group interviews found that participants across the 16 cities frequently mentioned 25 different factors or events that influenced their decisions about school. Among these were support and guidance from adults, incarceration, death or heath challenges in the family, gangs, school safety, school policies, peer influences and becoming a parent.

Participants in the group interview sample describe environments that can be characterized as “toxic” because of their potential long-term negative effects, highlighted by these pervasive elements:

“Like I said, my father used to beat on me. Never had my mom in my life; she was always on drugs. It was just me growing up watching over my little brothers while she was out in the street doing her thing. So me and my other brothers grew up too quick, took responsibility, we just - it was too late to go back to school.” – Thomas

Seeking connections with parents, other family members, school professionals, peers, and participants’ own children was a consistent theme. The presence or absence of these connections drove many of the choices that young people made, including about school attendance and completion.

Many interview participants described unsuccessful efforts to connect to helping professionals. Both qualitative and quantitative findings suggest that several different types of life experiences may contribute to feeling a lack of connection; that young people sought connection where it was offered; and that both positive and negative decisions could emerge from connectedness.

4. Resilience in Need of Support and Guidance to Thrive

Persistence, personal agency, courage and optimism about the future shone through the interview participants’ stories. Overall, we found that young people who left school have strengths that enable them to cope in difficult contexts. To meet long-term goals like staying in or going back to school, getting a better job, or making positive contributions to their communities, young people needed more than their own perseverance; they need to “reach up.” Young people began to thrive academically, socially, and emotionally when they were able to connect to individuals and institutions that support them, which is consistent with the principles of positive youth development.

Despite their many strengths, the interviewees could not reach beyond day-to-day coping without additional support from both caring adults and connected institutions in their communities. Approaches like integrated student services and comprehensive re-engagement programs address the factors that lead students out of school.

Despite the challenges they faced, the young people in our interrupted-enrollment survey sample were overwhelmingly on a path to reaching up. All but 36% had completed high school; 18% had completed at least some post-secondary education. Almost half were employed either full- or part-time. Of those who were not employed, 23% were in school.

Students who leave school before graduating are:

Everyone in a young person’s life and community can do something to help.

The full report and executive summary in both English and Spanish are available online.

Jonathan Zaff is the executive director of the Center for Promise.