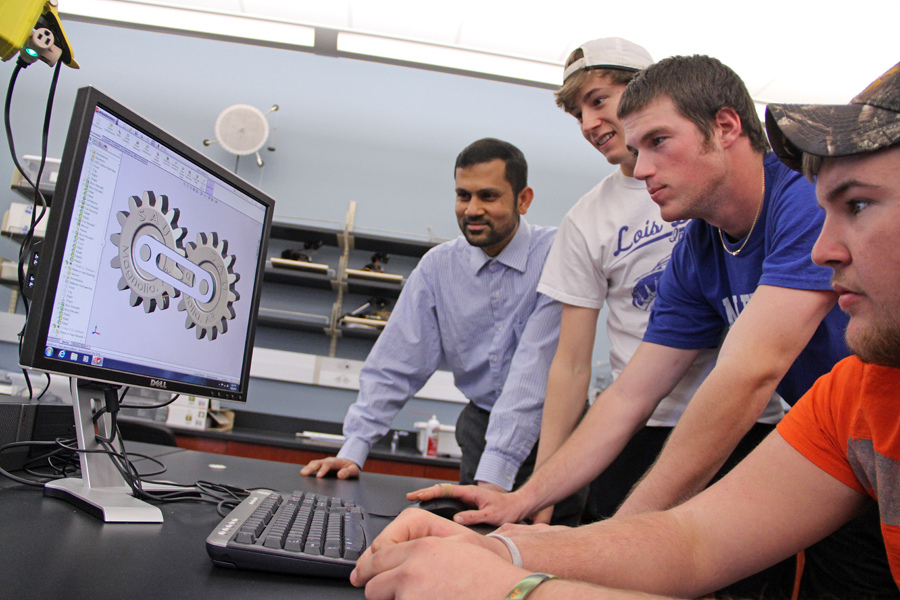 Does career and technical education (CTE) keep students engaged and enrolled who might not otherwise graduate from high school? With a persistent achievement gap and relatively stagnant student achievement levels, this is a particularly crucial question to ask right now. Many have opinions on this subject, but what does the research say? Essentially that the effects of CTE on high school graduation are not clear.

Although literature primarily drawn from the 1980s and 1990s points to CTE as a promising dropout prevention strategy (Wonacott, 2002), a review of more recent studies since standards-based reform has taken hold reveals a shortage of research that examines the effects of CTE on high school graduation. Existing research has yet to reach a consensus on the effects of CTE programs on high school graduation rates. Whereas some evaluations found that specific CTE programs or models led to higher graduation rates, some of the more comprehensive studies found little to no significant difference between the graduation rates of CTE students and their peers. However, evidence we have right now—or the lack thereof—can inform which direction we take the research in the future.

Three Models: Impacts on Dropout Rates, Not High School Graduation Rates
One of the more comprehensive studies published in 2007 examined three sites from different regions in the country that were implementing school reform strategies in combination with CTE. The study examined the relationships between the types of reforms being implemented and student outcomes, including student engagement—or not dropping out of school—and successfully graduating from high school on time (Castellano et al., 2007). The four-year study targeted schools that served at-risk students and included a nearby comparison school that was not implementing the reform strategies for each of the three sites of focus. Each school implemented CTE differently: one followed a career pathways model, another a career academy model, and the third was a comprehensive high school. The results? None of the three sites implementing CTE outperformed their respective comparison school on the measures of student achievement (student engagement or on-time graduation). However, across all six schools, the odds of dropping out declined as the proportion of CTE coursework increased.

Career Academies: Similar High School Completion Rates Among Participants and Nonparticipants, but Different Impacts Among Student Groups
Another study specifically examining career academies found that although career academies serve as a viable pathway to a range of postsecondary education opportunities, the model did not appear to be more effective than nonacademy options when considering graduation rates. More than 90 percent of both career academy and nonacademy students graduated from high school or received a general education diploma (GED) (Kemple, 2008).

Yet, number-crunching by the researchers behind specific career academy models reveals a different picture about the impact of CTE on graduation rates. A study of the California Partnership Academies (CPA) found that 95 percent of CPA students graduated from high school, compared to 85 percent statewide (Career Academy Support Network, 2011). For African-American CPA students, graduation rates were 16 percentage points higher than non-CPA African-American students. Hispanic CPA students showed similar success: their graduation rates were 14 percentage points higher than their non-CPA peers. Evaluations of the National Academy Foundation (NAF) model revealed similar findings: among a student population that was 78 percent students of color and 61 percent high-poverty, 96 percent of seniors graduated (National Academy Foundation, 2014). It's important to note, though, that these evaluations do not break out CTE versus non-CTE students—they compare students who participated in the career academy model with nonacademy students. Some of these nonacademy students could have participated in other CTE programs.

Positive Impact: For Students in Urban Areas
Some studies point to positive impacts of CTE programs. For example, an evaluation focused on a school-to-work program (a holdover from a mid-1990s federal program) in Philadelphia found that participants were less likely to drop out, and in turn, were more likely to graduate than their peers (Furstenberg & Neumark, 2005).

Where Do We Go From Here?
Right about now, you might be asking what the takeaway from all this is. As one long-time CTE researcher put it, "most studies that have examined a relationship between CTE participation and high school graduation have found an association, but the relationship is not straightforward" (National Research Center for Career and Technical Education, 2010, p. 1).

Although the effects of CTE may not be clear in research studies conducted thus far, it doesn’t necessarily indicate that CTE programs don’t have an effect on graduation rates or student engagement. Research tells us not only about correlations and causation, it can also tell us where we should focus the next study in order to get the most accurate results.

Lori Meyer is an independent consultant, specializing in building knowledge and understanding of the relationship between education research, policy, and practice.

Kazis, R. (2005). Remaking career and technical education for the 21st century: What role for high school programs? Boston, MA: Jobs for the Future. Retrieved from http://files.eric.ed.gov/fulltext/ED497815.pdf